We use essential cookies to make our site work. We would also like to use analytics cookies to help improve our overall user experience. They will only be set if you accept them.

Please set your preference below. You can adjust your settings any time by visiting our privacy settings page. And you can view our full privacy policy here.

You are a monarch, ruler of a newly founded kingdom responsible for decisions regarding every aspect of its existence. As a leader you are going to assign your people to professions, raise epic structures, discover new advancements, cast powerful spells and wage war with your enemies.

Role Playing aspect of the game will allow you to pick a champion, who will lead your armies to battle, defend your kingdom, search for lost treasures, gather experience, level up and enhance his abilities.

Dragon Lords, being an Online game, allows you to play with thousands of people from all over the world. You can challenge them in the fight for power or create alliances and together dominate the realm.

The game offers you in-game chat and mail, trade, military, various pacts and other forms of player interaction. Give it a try if you are looking for a challenging social game that rewards your strategic planning more than the amount of friends you have in your army.

Dragon Lords offers a fine mixture of strategy and role playing while you can explore new zones with your Champion, as well you are leading your whole kingdom to glory by managing resources, raising armies, supervising new technological developments and improving the infrastructure. 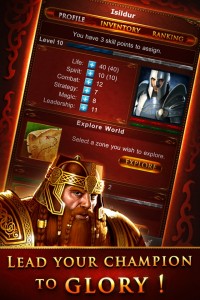 While your champion will act as the leader and the general of your ever-growing army it will be up to you what magical spells or which kingdom you wish to invade at the certain time. Along your journey your Champion will discover ancient artefacts that will aid your kingdom on the mission for power a glory.

The world of Dragon Lords introduces powerful magic system where you can choose to cast spells either to aid your own land and allies or hinder the ones who do not deserve your grace.

As your kingdom will grow in population, army and resources it will be up to you with whom from our vibrant world you will choose to pact or cross ways in a long and exhausting wars.

Therefore we welcome you to the world of Dragon Lords where you can choose one out of six available races to populate your freshly established empire. From Elves, Dwarves, Orcs, Undead through Dark Elves each and one of them offers specific advantages and disadvantages to your kingdom.

Although Dragon Lords may not run the newest and flashiest graphics engine we still took great care in designing colourful and mesmerizing images to make the gaming experience simple and intuitive yet stimulating and enjoyable for any fantasy fan out there.

At this point we would like to thank every single person that experienced the world of Dragon Lords. Without you all we would never see such a overwhelming growth over the last few year and we would never find the courage to keep making more games for your own enjoyment. You are the best, you are the part of our little family…

It will be completely up to you what race will suit your ruling style the best. Choose wisely, my king…

So what are you waiting for? Establish your empire, form powerful alliances to finally raise the Nether Portal, bring back the dragons and become the Dragon Lord! 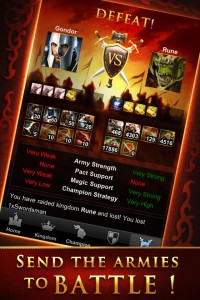 Dragon Lords is a highly popular mobile game originally launched in 2011 by its designers, Mighty Dragon Studios. It enjoyed huge success between 2011 and 2015, with over 1 million downloads on iOS and Android. At it's peak thousands of players were logging on and enjoying the game daily.

The original publishers of the game retired and closed down the game to pursue other things but a number of diehard fans of the game gathered on a Facebook group with the intention of bringing it back to life. MDS released the source code to them so that this could happen.

The group behind the rebirth has addressed a number of mechanics that made it difficult for new players to compete with the intention of bringing back and extending the large vibrant community that the game once enjoyed.

The development effort for this rebirth is being led by a long time player/professional developer known on the game as Silverdom.